The best restaurants in the world at our reach

The Michelin Guide or the most prestigious gastronomic world list is one of the best tool to identify the elite in restoration. Luckily for us, this 2016 there are 50 establishments with Michelin stars in Catalonia, led by the world’s best restaurant! Open your stomach because the following culinary proposals have become a major claim for some of our customers. Bon Appetite!

Joan, Josep and Jordi Roca of El Celler de Can have positioned themselves in the first position for second year. With an innovative proposal, these three brothers continue delivering the specialties that have led them to the top of the guide. Their restaurant is the result of the experience that blends the sweet world(desserts), the liquid(wines) and the salt plates(main courses) and ensure that factors such as light, space, the people, objects, and moments are part of a gastronomical dialogue that goes far beyond food. They define themselves as freestyle or kitchen committed to the forefront freedom without giving up the cooking of previous generations. However, there is one handicap, yet the waiting list pulls back. Still, if you cannot wait, we’ve got the solution to taste the creations of these three chefs. In the Roca Moo, in Hotel Omm, you will find their philosophy in a more casual cuisine and with a cosmopolitan and modern environment. 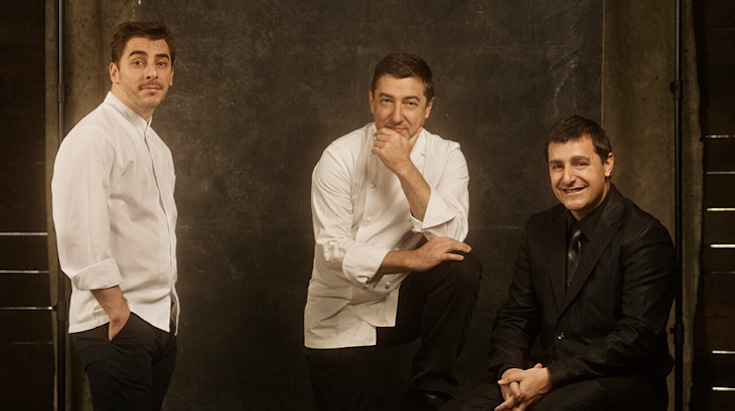 Natural, interesting, healthy, special and creative. This is how Carme Ruscalleda defines its cuisine and you just need to hear her speak to deduce that her personality is not far from her dishes. Inspired by the landscape and the gastronomical traditions of Catalonia, the Sant Pau is located in a garden in front of the beach of Sant Pol de Mar. The cuisine is innovative and in addition to using products of el Maresme, she mixes the ingredients with Japanese flavors, a country where she has also opened a restaurant. Together with her son Raül Balam, Ruscalleda also directs the Mandarin Hotel restaurant called Moments, with two Michelin stars and with a tasting menu tailored to each season. 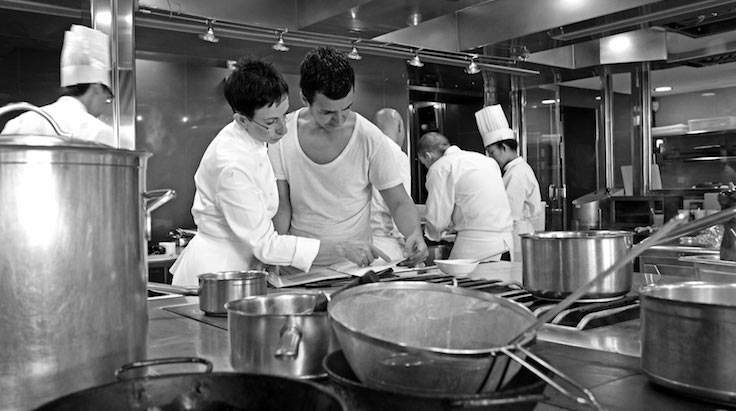 Accommodating up to 56 guests and awarded with 2 Michelin stars, the restaurant Abac develops a creative cuisine based on technology and innovation. The chef Jordi Cruz, is winner of several awards and experiences and shows the complicated preparation of the dishes in each of his creations. Upon availability, the restaurant also offers the option of visiting the kitchen before lunch or dinner in addition to visiting the winery along with the sommelier. 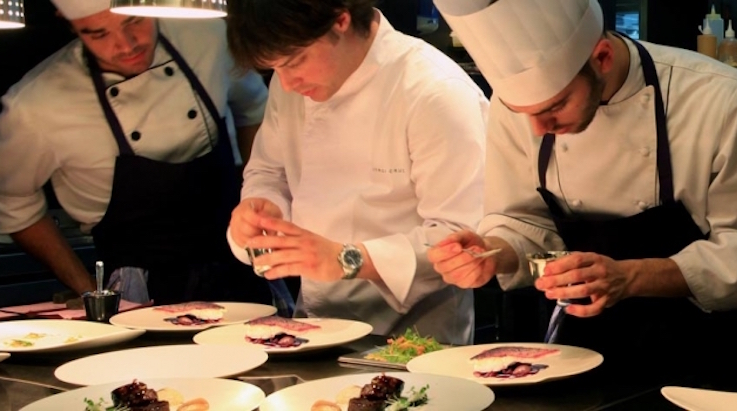 Although this chef is not nationally known as the other ones, Nando Jubany is considered one of the top creators of Catalan cuisine. His restaurant in Vic, a restored Catalan farmhouse, offers a cuisine that blends tradition with innovation. The menu includes seafood, Catalan rice dishes and traditional peas with sausage between others. His stamp is based on great respect for the product, especially with two of his specialties, truffles and hunting animals. His second restaurant? The Petit Comité, located in the center of the capital and which gives value to low heat cooking. 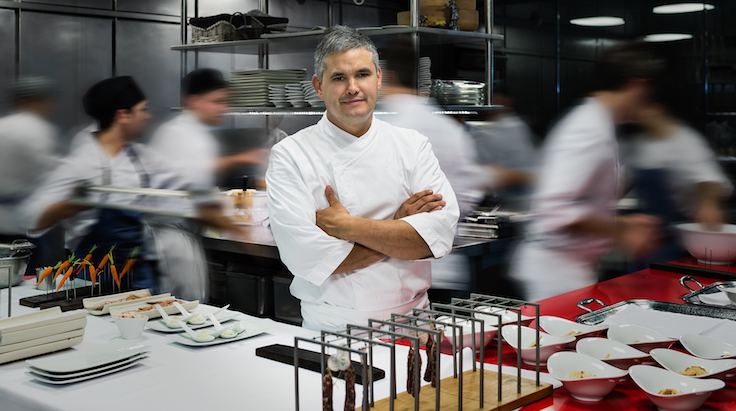 Ferran Adria, the chef who has created school both in Spain and the rest of the world, has joined his brother to collaborate on the development of the menu of all the restaurants in “El Barri”, five in total. Their travel experiences in Japan have helped design the tasting menu of Pakta and their stay in Mexico along with chef’s Paco Mendez has helped them ellaborate the proposal of Hoja Santa and Niño Viejo. In Bodega 1900 and Tickets, you will find the heritage of El Bulli but with a more informal proposal without sacrificing the classic Spanish tapas that define their cuisine. They all have a common denominator, a lot of flavor in each bite.

Are you hungry? If you don’t know where to start, write us! In addition to help you choose the best restaurant, we will try to book th best table in order for you to enjoy an unforgettable gastronomical experience. info@premiumtravelerbarcelona.com