Patricia and Mauro’s trip around Spain

How does a Premium Traveler Barcelona trip look like?

Last June we had the pleasure of organizing a tailor made trip to Patricia and Mauro, visiting some of the most beautiful places in Spain. Brazilians, from Rio de Janiero, they are sophisticated travelers who like special and singular places, the luxury of the authentic, meeting local people and discovering the local culture through gastronomy while staying in charming hotels. 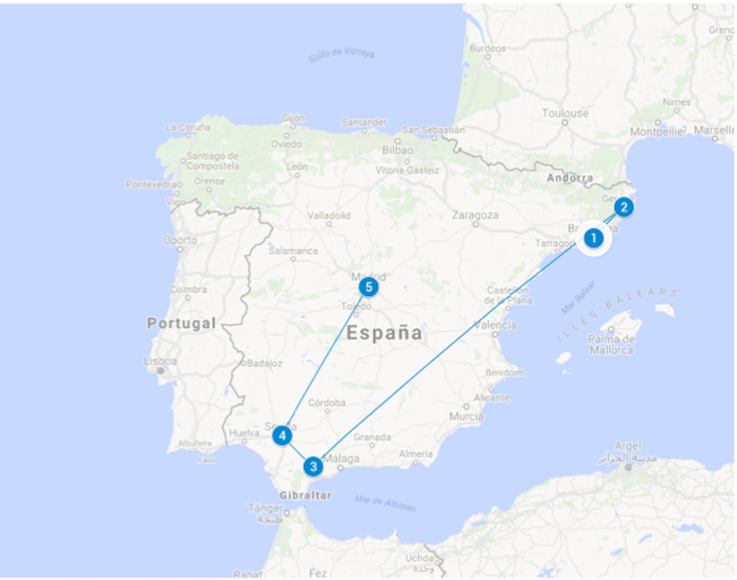 We organized a 14 day trip around Barcelona, ​​Costa Brava, Andalucia and Madrid to discover some of the most interesting cities and regions in Spain. Throughout the tour, we selected the best boutique hotels, a selection of our favorite restaurants and organized the most special tours and experiences that best suited their profile. We also took care of all the logistics in vehicles with private driver and other details that allowed Patricia and Mauro to worry just about enjoying and relaxing.

“It’s been one of the best trips of our lives.”

In this case were also lucky of having Patricia who is a fantastic photographer and has portrayed the essence of the trip with snapshots that convey in a very clear way her experience in Spain.

Patricia and Mauro began their trip in Barcelona, ​​housed in the Hotel Mercer 5 * GL, a boutique hotel full of history located in the Gothic Quarter. In addition to walking around the most important districts and visiting the most emblematic buildings, they discovered the Montserrat mountain as well as a local winery in the Penedés region. Followed by David, an expert sommelier who passionately conveys his love for wine, they learned about the local culture, tasted a selection of wines from the region and had lunch with typical Catalan products between vineyards. We knew they were both passionate foodies so during their stay in Barcelona they also had the opportunity to try some of the best haute cuisine restaurants, like the ABAC with 2 Michelin stars. 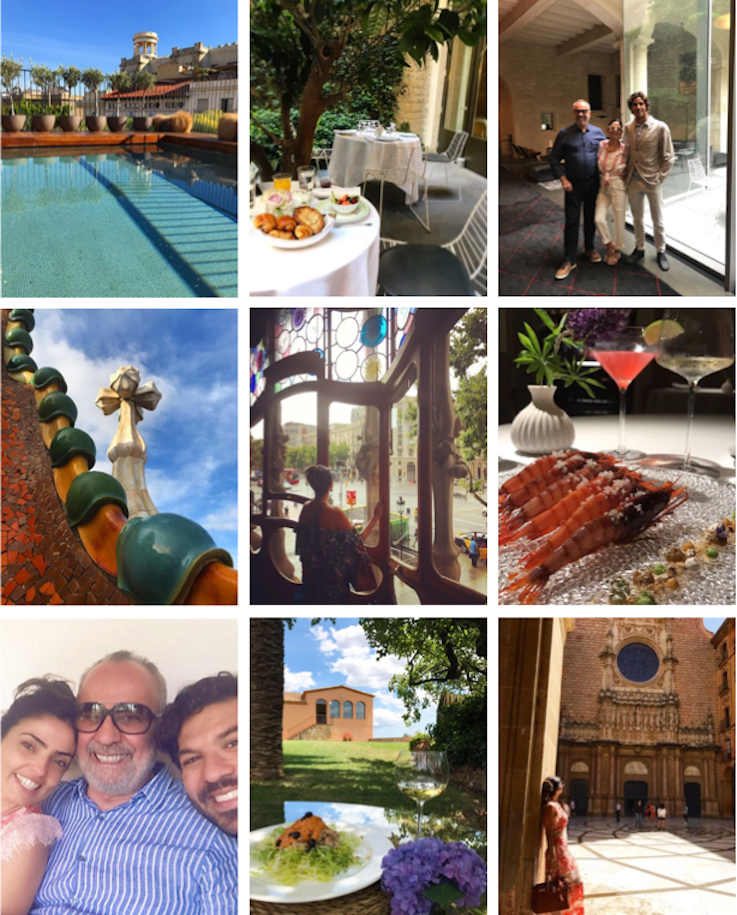 After a few days in Barcelona, ​​Patricia and Mauro traveled to northern Catalonia, the Empordà region and La Costa Brava, one of the most beautiful areas in Europe. They stayed at the hotel Mas de Torrent, a 5 * Relais & Chateau located in a Catalan style old farmhouse of the 16th century with an incredible SPA. To get the most out of the area, we prepared an electric bike route around some of the medieval villages with an expert guide, sailed on a vintage-style sailboat surrounded by crystal clear water, visited Girona and had lunch at Celler de Can Roca (3rd best restaurant in the world). There they had the privilege of meeting the Roca brothers. They also visited Cap de Creus, Dalí’s hometown and where you probably find one the most beautiful village in the area, Cadaqués. Here they had lunch in “Compartir”, owned by chefs who used to work in famous El Bulli from Ferrán Adrià. 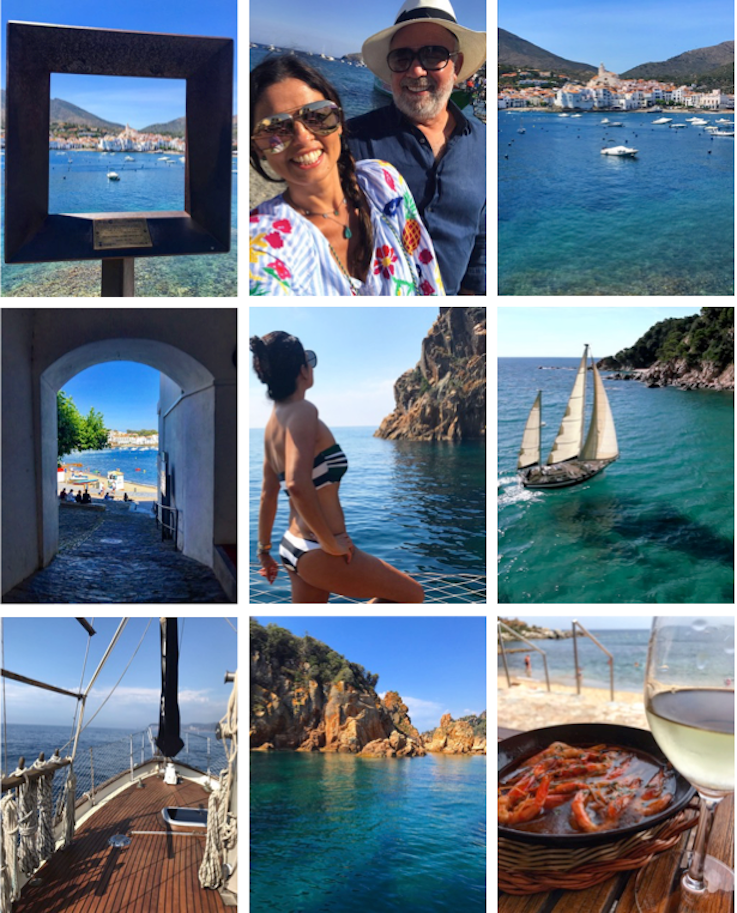 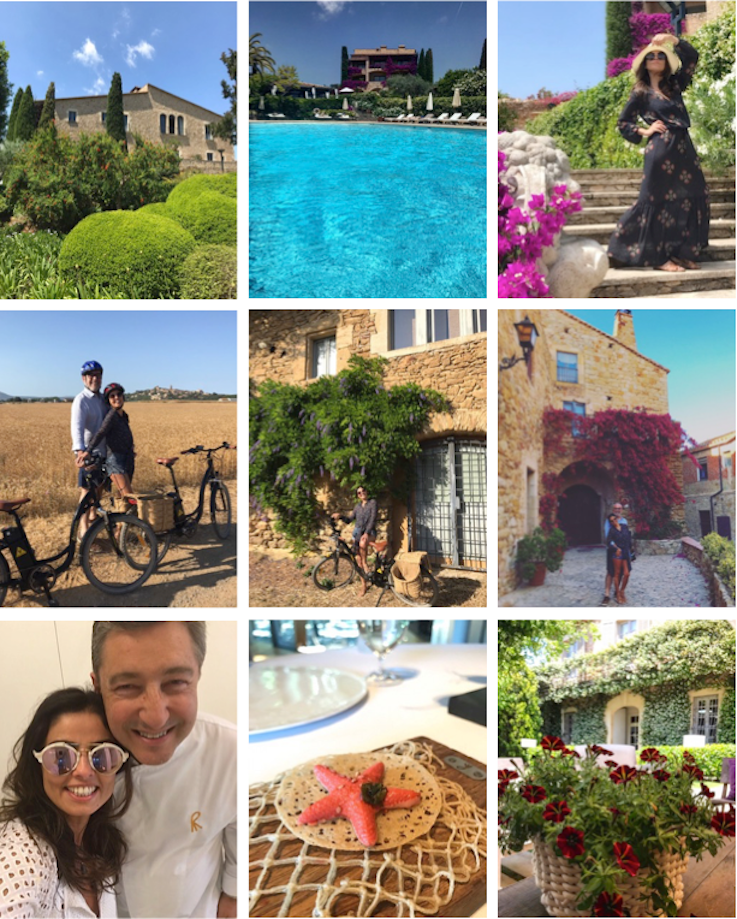 Patricia and Mauro continued their trip in Ronda, one of the most charming cities of Andalucia and we chose a beautiful boutique hotel surrounded by nature, the Hotel Fuente de la Higuera, for their stay. The first day they visited the village together with Alfredo, an expert local guide with whom they discovered the famous Tajo river, the oldest Bullring plaza in Spain and many other magical places hidden in the town. The second night, which was very special for the couple, we booked a table in a restaurant with amazing views and exquisite gastronomy where they enjoyed of a magical sunset. During their stay in Ronda they also discovered the famous white villages, considered the most beautiful in Spain. Further on, they traveled to Seville and slept in the Hotel Mercer Seville 5 * GL, located in a 19th century old palace. Other than visiting the old town with an expert guide, they attended the most authentic flamenco show in the city. We also organized a visit to the coast of Andalucia with some of the most beautiful virgin beaches in Spain. 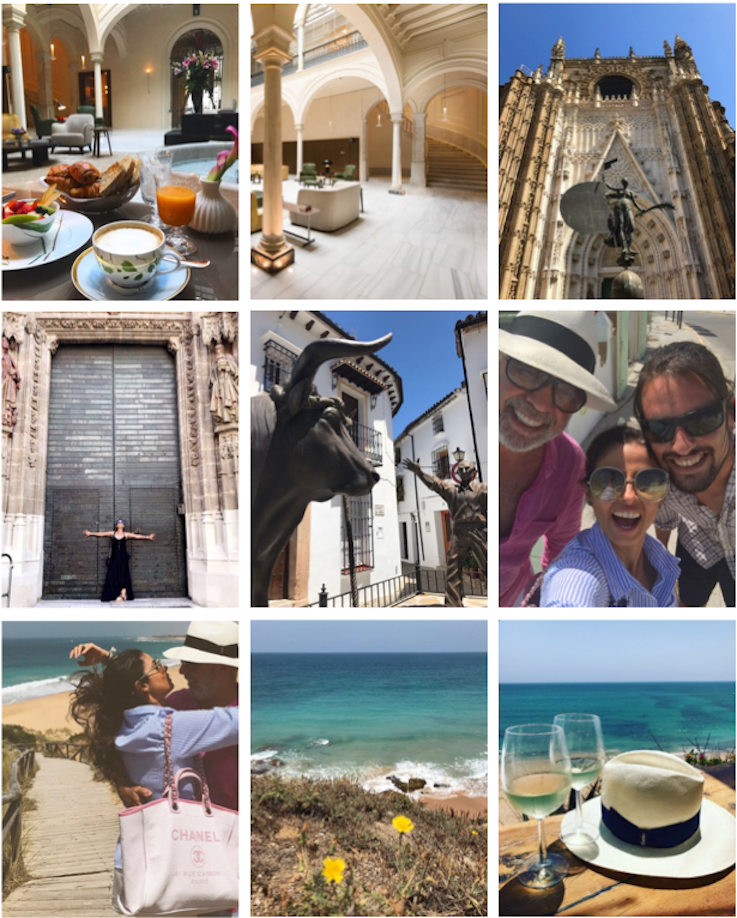 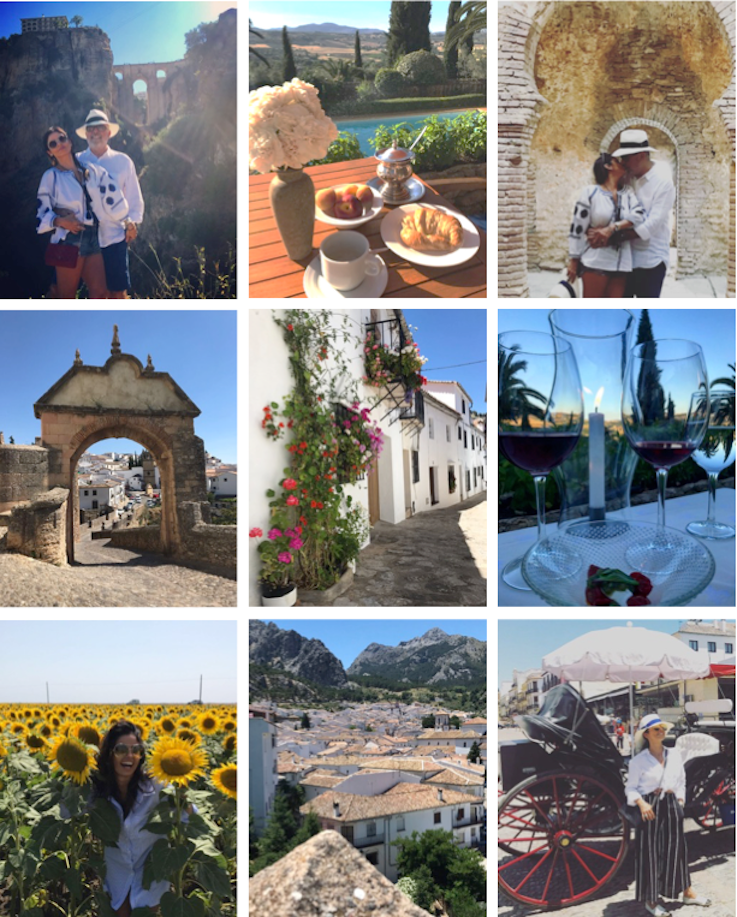 The couple ended their trip in Madrid, housed in the famous Ritz Hotel, a classic with lots of history. During these two days, in addition to continuing to enjoy the best gastronomy in the city, having lunch and dinner in renowned restaurants such as Paraguas, Ten Con Ten or Tatel, they visited the capital with Veronica, an art specialized guide who took them to the iconic museum of el Prado. It was also the best place for some shopping. After 14 intense days discovering Spain through its landscapes, its culture, history and gastronomy, Patricia and Mauro made their way back to Brazil with wishes to return very soon to Spain.

END OF THE TRIP! 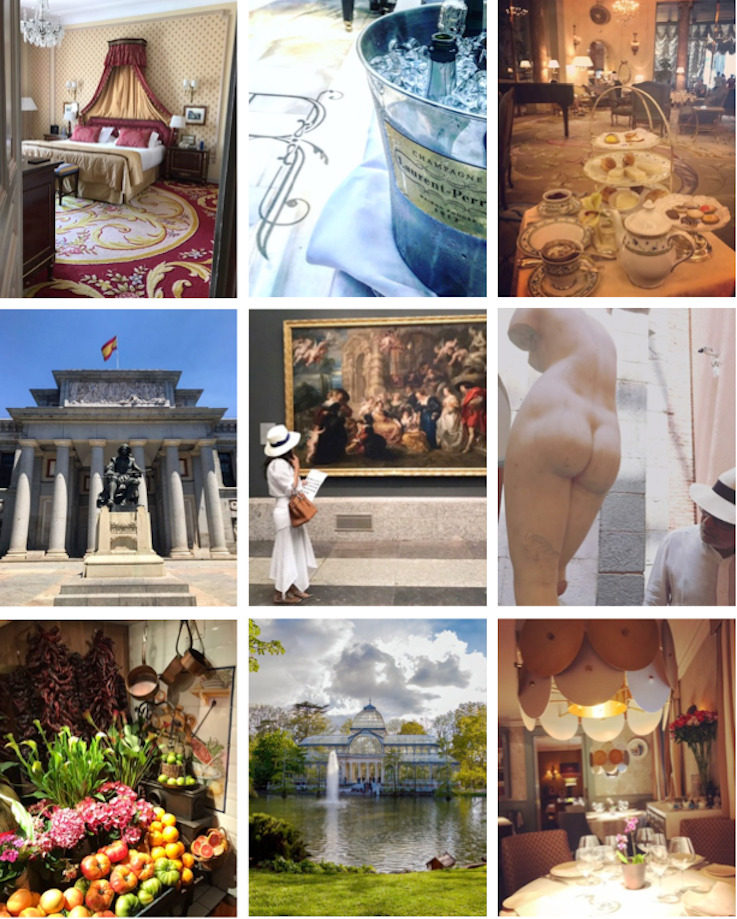