For the beauty of its beaches, the character of each of its towns and the extension of its natural parks, we have fallen in love with La Costa Brava. 100 km from Barcelona and until the frontier point of Portbou, we find a territory where nature has a leading role, hosting scenarios of enormous diversity and biological value.

We recall the fishing tradition in the area with the Mediterranean character of Llafranc, Tamariu and Calella de Palafrugell, three small charming coastal towns. Wake up early, grab a towel and your swimsuit and have a swim while the sun rises. Then stroll through one of the most emblematic tracks until you reach Cap Roig, which also houses one of the most important sections of the Mediterranean, its Botanic Gardens. In this area you will find some the most spectacular small beaches for their wild character and many of them can only be reached by foot. Sunbath among the rocks and if you dare, immerse yourself in the ocean to discover the surrounding seabed. During the late afternoon, stroll along the bay and sit down for ice cream or dinner at one of the many proposals at first sea line. Ours? The Tragamar Restaurant. 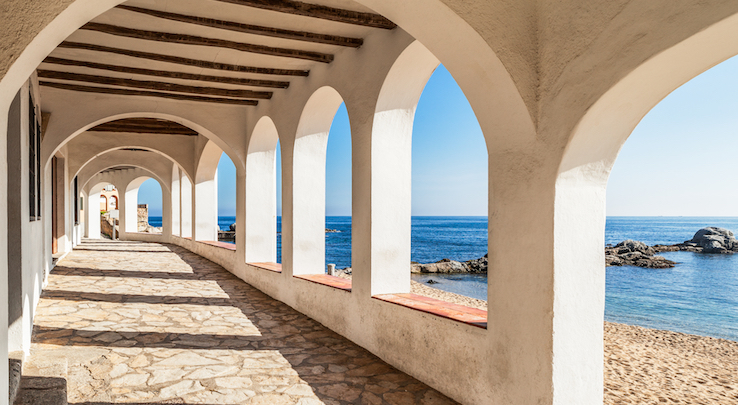 If we reach the border with France, we will find one of the most charming areas of the Catalan coast. It is Cadaques, a town in the eastern part of Cap de Creus internationally known as the land of Dali. Its uniqueness lies in being originally one of the areas that could be only accessed by sea and its magic also relies on becoming the point where the Pyrenees run into the coast. Browse with a sailboat until you meet this wonderful scenery and experience the first sunrise of the Iberian Peninsula on board.

The coastline of la Costa Brava is definitely one of the must breaks for both locals and visitors from all around Catalunya. Contact us and we will offer the best accommodations and services for you to enjoy the best retreat. Happy weekend!